Bollywood actor Akshay Kumar met with Uttar Pradesh Chief Minister Yogi Adityanath at Taj Hotel in Mumbai on Wednesday. He is on a 2-day visit to Mumbai. The meeting went on for 35 minutes as they discussed movies, and the upcoming film city project in UP and even urged CM Adityanath to watch Ram Setu to witness the research that went into it. 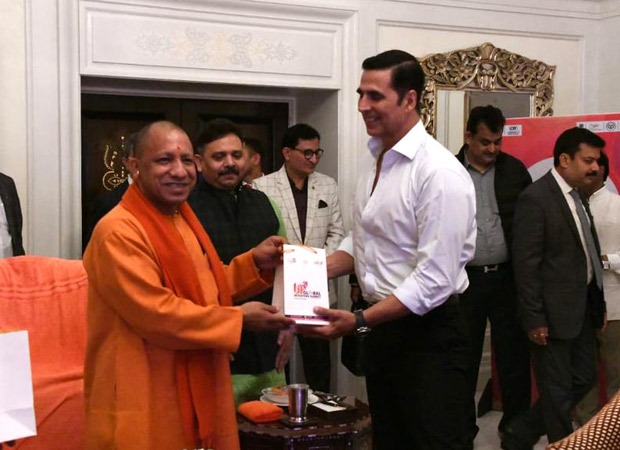 According to a report in ANI, Akshay Kumar informed CM Adityanath that “there is a great deal of excitement in the Indian film industry around the Film City project. Many big production houses, producers, directors and actors are waiting for the film city in UP to be up and running, the actor is learnt to have told CM Adityanath. He said the development of a world-class Film and Infotainment City in UP will provide a new option to those in the movie business to plan their projects.”

CM Yogi Adityanath said that cinema plays an important role in raising awareness and that filmmakers should work on subjects of social and national importance. He also said that the upcoming film city project will be at par with global standards and that a new film policy is also being “formulated”. He also urged Akshay Kumar to visit UP.

ALSO READ: Akshay Kumar steps out of Aanand L Rai’s Gorkha; claims he doesn’t want to associate with a story with a shadow of doubt

Top Most Beautiful and Sexiest Women In 2017 MONICA O MY DARLING works due to the exceptional performances, tight...