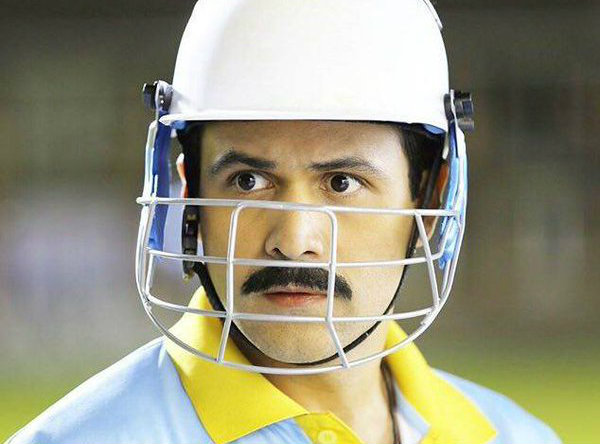 Emraan Hashmi starrer ‘Azhar’ had opened to some positive and mixed response from the critics as it released on May 13. As the film managed an average opening of Rs 6.25 crore on its opening day, it has failed to generate more business as the film completes a seven day run today at the box office.

According to Box Office India, the collections had a drop on the weekdays after a not so good weekend. This Tony D’souza directorial has collected a total of Rs 28.25 crore nett which could be considered better than the previous films of Emraan Hashmi since ‘Raaz 3’ and ‘Hamari Adhuri Kahani’ which had a lifetime collection of Rs 33 crore nett.

The figures in Mumbai territory were around Rs 9 crore nett while in Delhi/ UP centres, it touched Rs 5.75 crore nett and Nizam/ Andhra could just gross under Rs 2 crore nett. It was assumed that it would collect more, but Saturday proved to be a big let down as the film just did not grow and after that it turned more difficult to generate more.

Today, after the release of much anticipated Aishwarya Rai Bachchan and Randeep Hooda starrer ‘Sarbjit’ (another biopic story) a big ticket release, the fate of ‘Azhar’ to pick up a rise at the front of box office seems to be a bit uncertain.

‘Azhar’ also stars Prachi Desai and Nargis Fakhri and is based on true events of controversial cricketer Mohammed Azharuddin’s professional and personal life.

RASHTRA KAVACH OM is a poor show and will have a very tough time...

27 Disney and Nickelodeon Stars Who’ve Been on Broadway