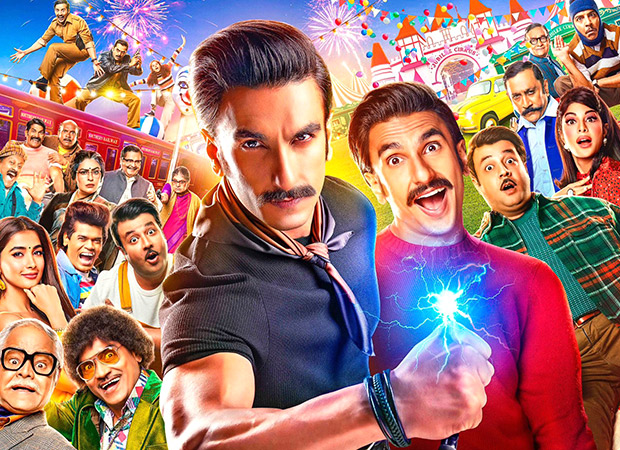 CIRKUS is the story of mistaken identity. The year is 1942. Dr. Roy Jamnadas (Murli Sharma) and Joy Jamnadas (Uday Tikekar) run the Jamnadas Orphanage. As part of an experiment, he separates two sets of twins and hands them over to two families for adoption. The first set gets adopted by an Ooty couple who run the Jubilee Circus. The other set is adopted by the Shenoys of Bangalore. Interestingly, both name their adopted children Roy and Joy, after Roy and Joy Jamnadas! The story then moves 30 years ahead. Roy # 1 (Ranveer Singh) and Joy # 1 (Varun Sharma) run the Jubilee Circus after the death of their foster parents. Roy is known as the ‘electric man’ as he is able to perform electricity-based stunts. Audiences are surprised to see that the current passes through his body and he doesn’t get electrocuted. Roy # 1 is married to Mala (Pooja Hegde), who is desperate to have a child. But since she’s unable to conceive, she is keen to adopt though Roy # 1 is against it. Meanwhile, Roy # 2 (Ranveer Singh) and Joy # 2 (Varun Sharma) are based in Bangalore. Roy # 2 is dating Bindu (Jacqueline Fernandez). Her father Rai Bahadur (Sanjay Mishra) happens to see Roy # 1 with Mala in Ooty and concludes that Roy # 2 is cheating on Bindu. Roy # 2 and Joy # 2 decide to go to Ooty for important work. Rai Bahadur sends his trusted servant, Prem (Anil Charanjeett) to follow them and find out if Roy # 2 is indeed married to Mala. From hereon begins a mad ride as Roy # 2 and Joy # 2 encounter a gang of thieves and several Ooty residents who claim to know them very well though this is their first visit to Ooty. What happens next forms the rest of the film. 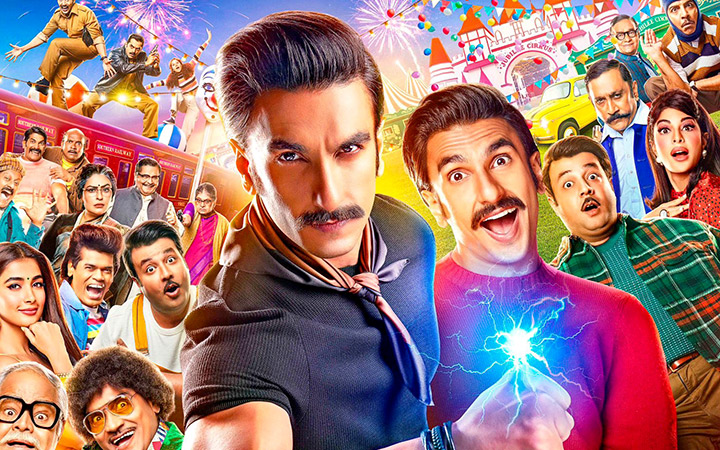 The story is inspired by Shakespeare’s Comedy of Errors. The adapted story is promising and could have turned into a fine entertainer. But Yunus Sajawal’s adapted screenplay is a big culprit. The writer should have peppered the film with non-stop humour. Sadly, the comedy is there but it’s few and far between. Farhad Samji, Sanchit Bedre and Vidhi Ghodgaonkar’s dialogues are funny but could have been funnier.

Rohit Shetty’s direction is decent. The biggest strength of his execution is that he doesn’t let the film turn confusing though there are far too many characters, including the ones that look similar. He has handled a few comic moments in an entertaining manner. He goes on a high with the scenes of Momo (Siddharth Jadhav) and also Rai Bahadur.

On the flipside, due to the writing of convenience, even his direction falters. In the past, he has rocked the show with comic capers like GOLMAAL series, ALL THE BEST, and BOL BACHCHAN. That kind of expert direction is missing here. At some places, humour appears dorced. Moreover, he has introduced too many tracks and he’s not able to do justice to them. For example, the whole Colonel Vikrant angle gets forgotten. Also, Dr. Roy Jamnadas breaking the fourth wall and talking to viewers should have resumed in the end.

CIRKUS begins on a superb note. But after the entry of Joy # 1, the film gets serious. The humour levels increase with the maddening scene in the train. The intermission point is lacklustre and Rohit Shetty should have made it more dramatic. Post interval, the scene of Momo in Roy # 1’s house brings the house down. The same applies to the slapping scene of Rai Bahadur, though after a point it gets repetitive. The climax is good but could have been better, considering all the actors had assembled and there was scope for some real madness.

The music fails to entice, except for ‘Current Laga Re’. ‘Sun Zara’ is shot well while ‘Aashiqui’ is played in the end credits. Amar Mohile’s background score adds to the cinematic feel. Ganesh Acharya’s choreography is catchy.

Jomon T John’s cinematography is neat. Swapnil Bhalerao and Madhur Madhavan’s production design is too colourful and even gaudy. But audiences won’t complain as it suits a film of this kind. Sunil Rodrigues’s action and Rohit Shetty’s action design is very minimal and this is also a disappointing aspect as there was scope for action as well here. NY VFXWaala’s VFX is passable. Bunty Nagi’s editing could have been tighter.

On the whole, CIRKUS suffers from poor writing and forced humour, and appeals only in bits and pieces, more so in the second half. One definitely expected more from a Rohit Shetty film. At the box office, the film may reap the benefit of the Christmas and New Year holidays. However, it’ll appeal only to those who don’t mind a vacuous comedy. The film will have to depend heavily on spot bookings and positive word of mouth to make a decent impact. 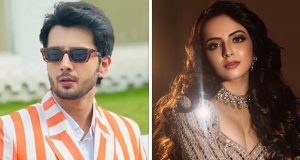 Zaan Khan will be seen opposite Shrenu Parikh in the new...