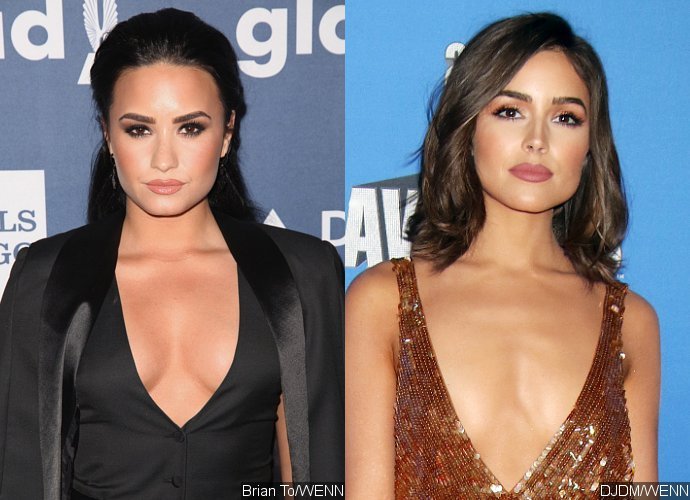 In her and Nick’s joint interview with Billboard magazine, the 23-year-old songstress also talks a little bit about her decision to diss Mariah Carey to defend Ariana Grande.

Demi Lovato is partly to blame for the end of Nick Jonas’ romance with Olivia Culpo. In a joint interview for Billboard magazine’s cover story, the “Body Say” singer revealed that she tried to convince her pal to dump his ex-girlfriend before their split last year.

In the chat, Nick said Demi was one of the first people he talked to before deciding to call it quits with Olivia. Surprisingly, not only did Demi tell him to break up with the former Miss Universe, but she also kind of dissed her.

“I internalize things, so we have this rule that we never want to hear about it in a tweet or something. She’d read me the riot act, so she’s the third person I call – my dad, [brother Joe Jonas], then Demi. She was like, ‘Just go, – ­create and be free.’ She also said some other things…”

“I go, ‘Honestly, I didn’t like her anyway.’ It’s not because she’s mean or anything, but he has such a great sense of humor and I want him to be with someone that makes him laugh. I can tell if something’s up because he’ll close off,” Demi added.

She hinted that she told Nick to dump his other exes too. “He’s a guy in his 20s and he’s famous and he likes to have a lot of fun. Listen, even when he was in a relationship, I was like, ‘Get out of that. You could f**k anybody that you want right now, so have fun and do that,’ ” she said.

Demi also discussed her own love life in the interview. The singer, who broke up with longtime boyfriend Wilmer Valderrama only a few weeks ago, said that she’s didn’t want to be in a relationship now. “[Dating is] not on my mind, but I welcome anything. I’ll have fun. But a – relationship … I won’t want that for a long time,” she shared.

Demi and Nick also told Billboard about a lot of other things, including the time they were working as Disney stars, her romance with Nick’s brother Joe and her decision to diss Mariah Carey to defend Ariana Grande.