There are multiple ways in which you can make use of the computer with the desktop, laptop and also the mobile. We will provide you information of these different computers along with their usage.

A Desktop Computer Review will give you a fair knowledge of how this is used and what are the different features of the same. This is a personal computer which is fitted under or on a desk. They consist of a keyboard, monitor, mouse and a form factor which is either vertical or horizontal. This cannot be moved around like a laptop, in other words, this is stationery. These devices which are electronic in nature are able to accept the data or the input, process the same and then produce an output and also store the data. For an apt working of a Desk top you require

* A processor which is the CPU

* RAM, also known as the Memory

* a device for storage which is the hard drive and

*the Motherboard with an on-board video

You can think of adding peripheral to your computer, like a printer, but this is not an ‘essential’ for the working.

A Laptop is a computer which is portable. This can also be known as the notebook. This works similar to desktop but works out convenient as this can be carried around wherever you go. These consist of a keyboard, an LCD screen and a touch pad and run on either batteries or AC power. Though a laptop might have cables and external de3vices connected but can be operated without these for standard usage. These are convenient to use as they do not require elaborate installing.

Though the market is flooded with laptops, the Desktops are also popular among many. Some of the best Desktop PC’s you can opt for are

The processor in this desktop is Intel Core i7-6700T with a speed of 2.8GHz, the RAM being 12GB, storage 1128GB. The monitor is LED widescreen with 34 inches as the size of the screen and this uses the Windows 10 as the operating system.

This desktop is termed as ‘touch-screen All-in-one with the Nvidia Tegra K1 processor with a speed of 2.1GHz, a 4GB RAM, capacity for storage being 16GB  and a LCD wide screen of 21.5 inches.

The 15 best laptops you can buy

Some information on the laptops which work out as the ‘best buys’ can help you opt for the right one in accordance to your requirement.

This Dell laptop can be one of the finest with its light and thin design with a screen of 13-3 inches fitted into a frame of 11 inch. Considered as long-lasting this laptop is available with the Intel processor which is latest along with a quick memory and storage. All this at a price considered as affordable.

A perfect alternative for the latest Mac book by Apple but considered as far superior to one with a sharp display , long battery life, a glare free screen which is vibrant. The compact design makes this a tempting buy, not forgetting the low cost.

Looking for a sharp screen and a machine considered fast, this Toshiba Chrome Book is an ideal laptop as this has the Intel Core i3 processor and a Memory of 16GB eMMC with the Bluetooth and a HD Webcam.

This Mac book Air provides you with all the reliability you looking for with the battery life being excellent along with a RAM of 8GB and a 13.3 inch screen. The performance of this can be counted on.

With an affordable price and a processor i5 Skylake, Samsung Notebook 9 is ideal for those who are looking for investing a small amount on a laptop.

This metal constructed chrome book is able to flip on command. This laptop is light and speaks of an excessive life of the battery. You have a screen of 10.1 inches which might suffice for most users.

Though the processor is a bit slow the speakers are of a high quality. This Mac book has been updated with a processor of Intel Skylake Core M.

This slim designed, good display laptop has a powerful processor of the Intel Core i-series along with a larger battery. Though a little thicker, this Lenovo Yoga 900 can be folded into the tablet mode due to its flexible frame.

HP Spectre x360 can be considered as one of the powerful notebooks which has a vibrant display and a metal body. This consists of a 8GB RAM and 13.3 inches screen.

Stunning with a long battery life this model is considered as robust. You can consider this as one of the versatile laptops being used by people in every walk of life. Mac Book Pro is available with a trackpad of the Fangled force touch so that you can access more commands with gestures.

The above model is available at an attractive price and consists of a 8GB RAM. This model powered by the Intel Core-M can offer a battery life which is long and has a metal body with three cameras and quadruple speakers.

HP Chrome book has a screen of 14-inches with 16GB storage. This model is able to strike a perfect balance between portability and screen space. Works out an ideal purchase as this model has a high quality trackpad and keyboard.

This model of 13 inches is slim and compact being able to fit into any bag comfortably. The reliable performance due to the Intel Core m5 processor and the battery life makes it a good buy.

The above model makes its place in the laptops for the business grade with 2,560 x 1,440 displays. The 14 inch screen tempts most of the buyers.

Getting Computer Accessory Reviews can give you the required information on how 2016 will change where the hardware of computers and laptops are concerned. The performance of the GPU along with power will increase manifold in 2016. You might even have the AMD returning along with the CPUs of 10 cores. The fabs will get efficient and smaller and have the technology of the FinFET helping controlling the signals efficiently in the chips. Intel, in likelihood will be introducing two chips of the high-end type. Intel will, also three more CPU’s per process of 14mm, Skylake, Kaby Lake and Broadwell. The Kaby Lake might have more USB ports and more of the PCle lanes along with support for Intel Optane Storage of next-generation. 2016 will see the graphics on the ‘huge’ side. 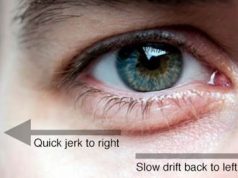 MAVERICK keeps the spirit of the 1986 release alive, while giving viewers an experience... 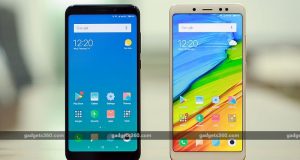