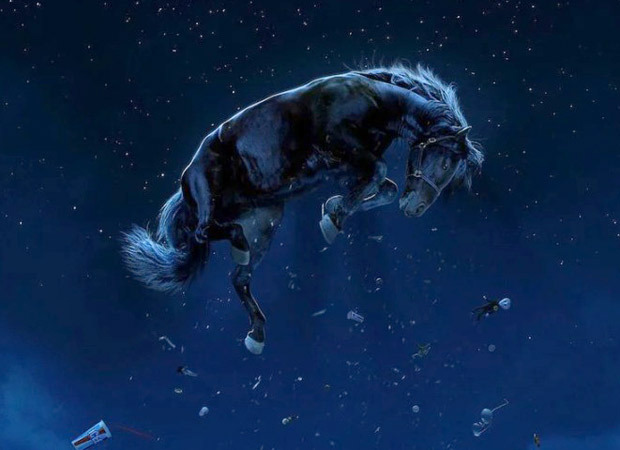 NOPE is the story of a group of residents in a remote part of the USA experiencing a sinister development. Otis Haywood Sr (Keith David) owns a horse ranch in Agua Dulce, California. He rents out the animals for film and television shoots. One day, while he is at his ranch, he is suddenly killed after he’s hit by a nickel that falls from the sky. Though his son, OJ aka Otis Jr (Daniel Kaluuya) takes him immediately to the hospital, he is not able to save him. 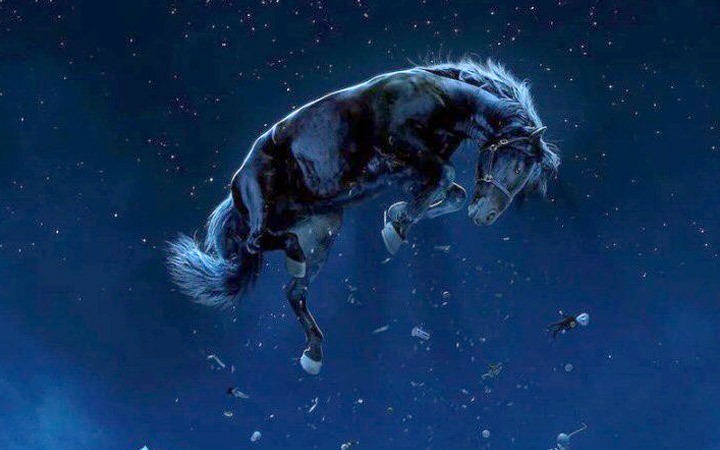 The authorities inform him that the nickel must have fallen through an aeroplane in the sky. OJ never buys the theory. Six months later, OJ and his sister Emerald (Keke Palmer) are continuing to rent the horses for film shoots. OJ is in a financial crisis and he starts selling horses to Ricky “Jupe” Park (Steven Yeun), who owns Jupiter’s Claim, a small Western theme park, near their ranch. While discussing their agreement, Emerald happens to see a picture of a chimpanzee in his cabin.

This is when Jupe tells them that he was a famous child actor and was a part of a sitcom called ‘Gordy’s Home’. The show was pulled off abruptly after the chimp, who played the role of Gordy, went violent and killed the actors on the show but somehow spared him. The same night, OJ and Emerald notice that the electricity in their house starts to fluctuate. Sometime later, one of their horses disappears. OJ sees a UFO, shaped like a flying saucer, and realizes that it is the one who took up his horse and is also spitting inorganic or inedible debris, which caused his father’s death. When Emerald learns of the UFO’s presence, she tells OJ to capture it on a video camera and then sell the footage for millions.

OJ realizes that doing so will solve his financial crisis. He buys surveillance cameras from a store of Fry’s Electronics. Its employee Angel (Brandon Perea), who comes to set up the cameras, realizes that the siblings are probably trying to spot aliens. That night, OJ and Emerald try capturing the UFO. Angel, curious as to what the Haywoods are up to, starts checking their footage remotely. What happens next forms the rest of the film.

Jordan Peele’s story is a bit clichéd. Jordan Peele’s screenplay, however, is so effective that you might not realize that there have been films in the past with a similar basic storyline. This is because he peppers the film with very captivating and thrilling moments. Also, the idea of the siblings trying to capture the footage of the UFO is quite impressive and makes for a nice watch. The dialogues are simple and a few one-liners are witty.

Jordan Peele’s direction, as expected, is superb. The setting of the film in an arid region adds a lot to the eerie feeling of the film. Even the theme park of Jupe gives a distinct touch. Jordan utilizes the locations very well and also makes good use of the technical departments. The film starts on a chilling note. The opening credit scene is mysterious and quite smartly done. The fun begins once the siblings begin their mission. The entry of Angel in the story brings laughs. The film gets better once we get to see Jupe’s flashback in its entirety. The madness that happens at the theme park and the scene thereafter at Haywoods’ ranch is nail-biting. Sadly, the film falters in the last act. It gets too lengthy and even slightly boring. Though Jordan tries to end the film on a high, one wishes the UFO had more to do in the film. Also, it’s bewildering that no authority in the country learnt about the UFO’s presence though it was roaming around the region for nearly six months.

Daniel Kaluuya’s performance is not up to the mark. He had to underplay his part but he ended up putting up an expressionless act. Keke Palmer is quite entertaining. Steven Yeun leaves a huge mark. His track is memorable. Brandon Perea is impressive. Keith David is okay in a cameo. Michael Wincott (Antlers Holst, the cinematographer) is fair.

Michael Abels’s music is chilling and enhances the effect. Hoyte van Hoytema’s cinematography is spectacular. The way he pans the camera towards the sky and roams it around while the viewers try to spot the UFO is quite praiseworthy. Ruth De Jong’s production design is rich. Alex Bovaird’s costumes are appealing. The VFX, as expected, matches global standards. Nicholas Monsour’s editing could have been sharper.

On the whole, NOPE works due to Jordan Peele’s expert script and direction, and the thrill quotient. At the box office, it’ll start slow but can gradually attract the target audience through positive word of mouth.

Forgiveness, A Key Of Peace 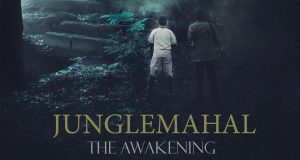