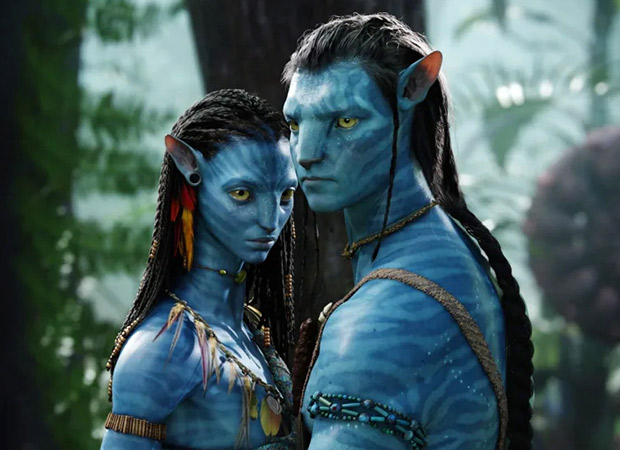 AVATAR: THE WAY OF WATER is the story of a man going to insane lengths to keep his family safe. More than a decade has passed since the events of the first film. Jake Sully (Sam Worthington) and Neytiri (Zoe Saldaña) are happily residing together with fellow Na’vi’s. They are parents to elder son Neteyam (Jamie Flatters), younger son Lo’ak (Britain Dalton) and daughter Tuktirey aka Tuk (Trinity Jo-Li Bliss). They have adopted Kiri (Sigourney Weaver), who was created from the avatar of the deceased Dr Grace Augustine (Sigourney Weaver). These four kids are good friends with Miles Socorro aka Spider (Jake Champion), the child of none other than Colonel Miles Quaritch (Stephen Lang), the antagonist of the first part who dies in the end. Though Spider is a human, he spends his time with the Na’vis and pretends to be like them. All is going well until one day, the humans aka ‘Sky People’ once again descend on Pandora. In a year’s time, they build a huge settlement, bigger than what was constructed by them last time. And this time, Miles comes back from the dead. He gets resurrected by the RDA (Resources Development Administration) as a Recombinant, that is, an avatar embedded with the memories of human. The aim of Miles’ avatar is to take revenge from Jake Sully and Neytiri. The Na’vi community have been causing damage to RDA’s structures and railway lines. The RDA forces too hit back. Jake feels that it’s him that they want to defeat and for this reason, the rest of the Na’vi population shouldn’t suffer. Hence, he and his family leave the Na’vi settlement in the forest. They travel hundreds of miles and reach the village of the Metkayina tribe, headed by Tonowari (Cliff Curtis) and Ronal (Kate Winslet). This tribe are ‘reef people’ who worship the sea. Their bodies are more suited for activities underwater. Hence, when Jake and his family ask them for refuge, they at first deny it since they feel their bodies are not meant for their lifestyle. But soon, they are allowed to assimilate and they slowly learn the way of life of Metkayina. Miles, meanwhile, kidnaps Spider and is trying his best to find out where Jake, Neytiri and their kids have fled. What happens next forms the rest of the film. 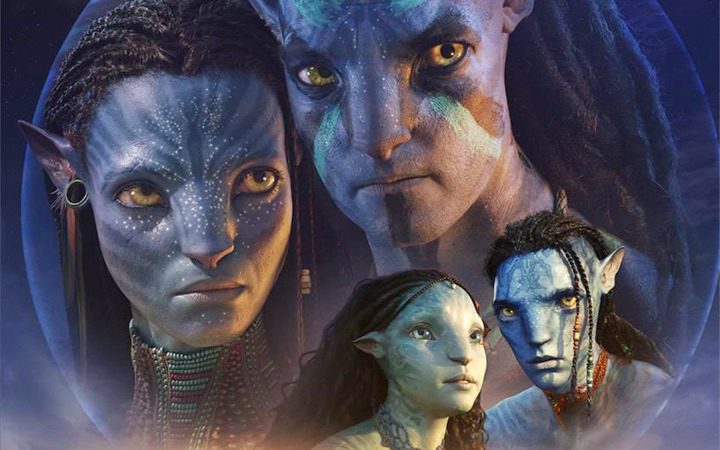 James Cameron’s direction is splendid. The genius filmmaker once again gets it right. He takes his own sweet time to establish the world and the conflict, and in the third act, he goes all out in giving viewers a paisa-vasool experience. As expected, he handled the scale flawlessly. We had seen the fascinating world of Pandora in the first part. Here, shows a different part of the moon and the underwater element enhances the visual impact. But more than that, he scores on the emotional front. A very interesting angle of the outcast is tackled and it’ll touch the hearts of the viewers. Thankfully, it’s shown in such a simple manner that not just classes, but even the masses will be able to relate to and comprehend it.

On the flipside, nothing much happens in the first half. Like the first part, James Cameron does the build-up and helps viewers understand the world before commencing the action bit in the second half. While the intent is understandable, one still does get a bit impatient especially due to the long length. This 192-minute-long film should have been shorter by 10 minutes, especially in the first half. A few developments are not convincing, like Aonung (Filip Geljo) turning into a bully all of a sudden. Also, the way the Sully family escape without feeling sorry for Spider or even regret not saving him is not easy to digest. The backstory of the tulkun, Payakan, is not presented neatly. The makers should have taken care of this aspect as it forms an important part of the film.

AVATAR: THE WAY OF WATER starts on a fine note. The scene where the Na’vi community blasts the railway scene is entertaining. Miles finding the dead body of his human avatar and realizing how he died is well thought of. The scene thereafter is nail-biting. The entry of Tsireya (Bailey Bass) is eye-catching and the scene where she tells Lo’ak that his heart is beating fast is too funny. The entry sequence of Payakan is heroic. Post-interval, the film takes time in a little more build up. But the pre-climax fight is where there will be a frenzy in cinemas. Just when you think that the fight is done, you’ll be in for a surprise as there’s one more action sequence in the climax and it’s also worth watching. The film ends with the hint of the third part in the offing. 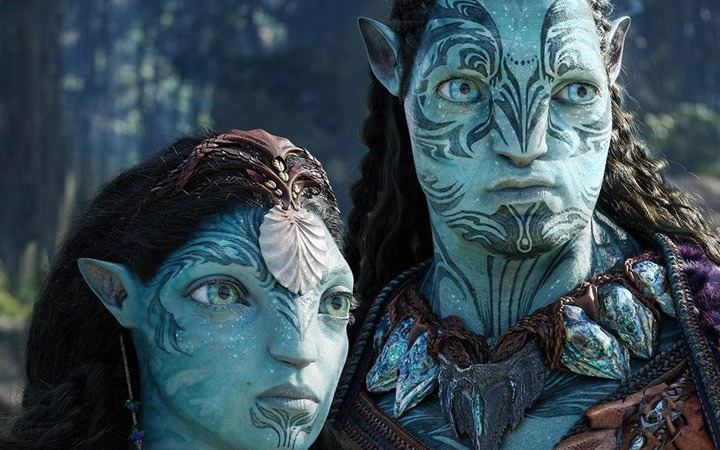 Speaking of performances, Sam Worthington yet again puts up a very impressive act. The last time, he played the role of an amateur who’s struggling to learn the ways of the Navi’s. This time, he’s supposed to be the mature one and also the protector of his family. He brings this aspect alive nicely. Zoe Saldaña is terrific yet again. Her act in the last 30 minutes is splendid. Stephen Lang is too good as the antagonist yet again. Sigourney Weaver and Jake Champion have a significant part and leave a huge mark. Jamie Flatters and Britain Dalton are fair but it’ll be difficult for the audience to distinguish between the two. Trinity Jo-Li Bliss and Cliff Curtis get limited scope. Kate Winslet does fine but looks quite unrecognizable. In fact, audiences might not even realize that they are seeing the TITANIC [1997] star on screen. Bailey Bass is cute and does a good job. Filip Geljo is passable.

Simon Franglen’s music exhilarates the impact manifold. Russell Carpenter’s cinematography is breathtaking and yet very neat. The underwater scenes are captured with utmost perfection. Dylan Cole and Ben Procter’s production design is very rich and appealing. Bob Buck and Deborah L Scott’s costumes are one of a kind as per the requirement. The action is a bit gory in one or two scenes but otherwise, it’s very entertaining. The VFX, as expected, is truly out-of-the-world and many notches higher than what we had seen in AVATAR [2009]. David Brenner, James Cameron, John Refoua and Stephen E Rivkin’s editing could have been crisper.

On the whole, AVATAR: THE WAY OF WATER rests on spellbinding visuals, entertaining action scenes, never-before-seen scale, clapworthy climax and a strong emotional undercurrent in the storyline due to which it can run riot from East to West, and North to South at the box office. It is also at a huge advantage thanks to the popularity of the first part, extreme curiosity about the film, zero competition and inflated ticket rates. If the word of mouth is strong, it won’t be surprising if it emerges as the biggest Hollywood grosser in India, surpassing the numbers of AVENGERS: ENDGAME [2019]. 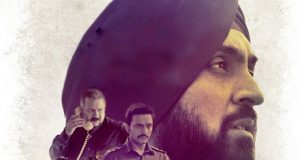 JOGI tells a moving tale in a sensitive and yet mainstream...