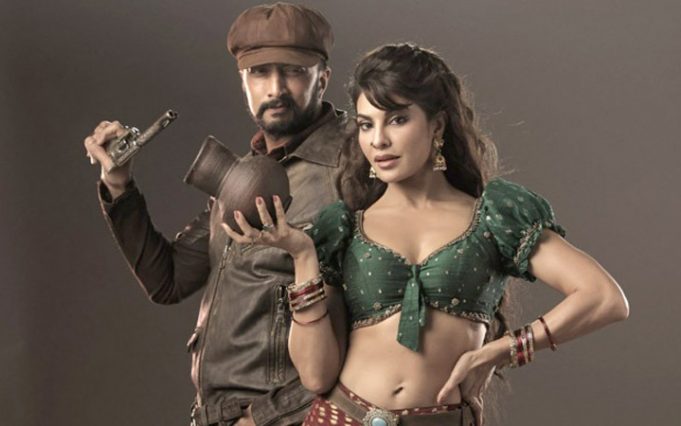 VIKRANT RONA is the story of a cop trying to solve a difficult case. A cop named Suresh Krishna is posted in the town of Kamarottu. He mysteriously gets murdered. Inspector Vikrant Rona (Kichcha Sudeepa) is transferred to Kamarottu and told to take up Suresh’s place. Vikrant arrives in Kamarottu with his daughter Guddi (Samhitha). His car’s tyre gets punctured as soon as he enters the village. Vikrant starts investigating the murder of Suresh Krishna and this is where he learns that nearly 16 children have been killed in the town. The villagers believe that the town is haunted and it is an evil spirit who is behind these murders. 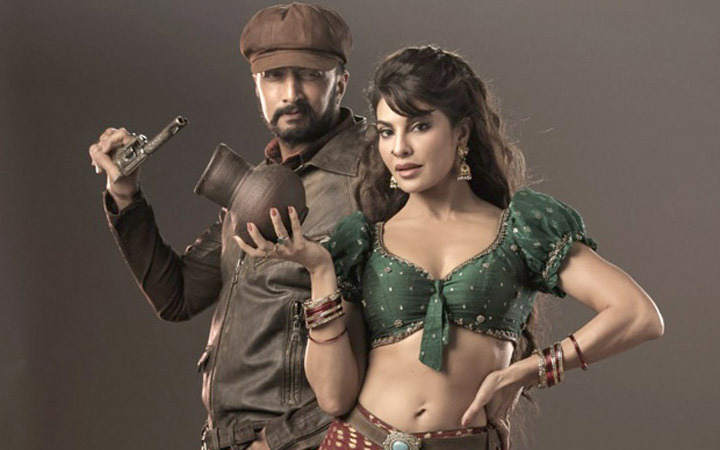 A parallel track going in the film is that of Sanju (Nirup Bhandari). He is the son of Janardhan Gambhira (Madhusudhan Rao) and had run away from Kamarottu as a child after he was caught stealing gold from the village temple. He returns after nearly 26 years. Janardhan, however, doesn’t allow him to enter his house. The other guest who arrives in Kamarottu is Janardhan’s son Vishwanath (Ravishankar Gowda). He is visiting along with his daughter Aparna aka Panna (Neetha Ashok) and son Munna (Siddu Moolimani). Aparna’s marriage is fixed with a man named Rakesh and Vishwanath wants to get the marriage down in their ancestral house. Janardhan refuses at first as the house, considered to be haunted, is shut ever since Sanju stole the gold nearly 26 years ago. Vikrant realizes that there might be a connection between the murders and that of Janardhan’s family members. What happens next forms the rest of the film.

Anup Bhandari’s story is poor, and is a revenge drama. Anup Bhandari’s screenplay is confusing and needlessly stretched. The film has too many characters and most of them don’t have much to do rather than add to the suspicion, or rather confusion, so that viewers keep guessing who the culprit could be. In doing so, the viewers don’t enjoy doing the guessing game. Rather, they get frustrated. Sanjay Upadhyay’s Hindi dialogues are nothing special.

Anup Bhandari’s direction is not upto the mark. To give credit where it’s due, the film is mounted on a huge scale and he has handled the grandeur very well. He also successfully brings out the eerie atmosphere. However, these factors can’t help salvage a film. One needs to relate to the goings-on and root for the hero. Sadly, that doesn’t happen as one can won’t be able to connect with the storyline. Several questions remain unanswered and, certain developments are very silly. For instance, when Sanju and Panna see Vikrant in the guise of the killer, it’s bewildering why don’t they inform their family members about it? Moreover, it’s laughable that in a village where 16 kids have been butchered to death, the rest of the villages, instead of being cautious, are instead making merry, singing songs and living life as if all is well!

Speaking of performances, Kichcha Sudeepa is in a good form and brings the required mass element to the film. He looks quite dashing. Jacqueline Fernandez (Rakkamma) looks sizzling hot. However, she’s there for just a scene and a song and Hindi viewers would be disappointed to see that she has such a limited role. Moreover, her character is that of a bar owner who also doubles up as a bar dancer and that’s quite silly. Neetha Ashok puts up a confident act. Nirup Bhandari is decent. Samhitha is cute. Karthik Rao (Fakru) and Vajradheer Jain (Lawrence Pinto) are okay and try to raise laughs, albeit unsuccessfully. Priya V (Sanju’s mother) leaves a mark. Vishwa (Constable Tawde) and Ranjan Shetty (Constable Prajapati) are fine. Madhusudhan Rao, Siddu Moolimani, Ravishankar Gowda, Ramesh Kukkuvalli (Eknath Gambhira), Dushyant Rai (Moosa) and Yogish Shetty (Nittoni) are okay. Milana Nagaraj (Renu) is nice in a cameo.

B Ajaneesh Loknath’s music is poor. ‘Ra Ra Rakkamma’ stands out and is well choreographed and shot. ‘Rajkumari’ rests on an interesting idea but looks forced. The same goes for ‘The Devil’s Fury – Gumma Banda Gumma Theme’. ‘Hey Fakira’ is nothing special. B Ajaneesh Loknath’s background score is massy.

William David’s cinematography is spectacular. The locales are very well captured. VFX is first-rate. However, the film is too dark. It’ll pose a problem in certain single screen theatre where the brightness anyway is low. A Vijay’s action is great. But the fights in Kichcha Sudeepa’s entry scene is the only one that works well. The rest of the scenes lack soul and hence, fail to entice. The challenging one-take action shot in the climax also doesn’t work for the same reason. Shiva Kumar J’s production design is excellent. Neetha Shetty’s costumes are stylish, especially the ones worn by Kichcha Sudeepa and Jacqueline Fernandez. Ashik Kusugolli’s editing is weak. The film should have been shorter by around 20 minutes.

On the whole, VIKRANT RONA fails to impress due to the poor script, direction and long length. At the box office, the Hindi version has been released with limited buzz and hence, it will have a tough time.

Kareena Kapoor is getting an award from Aishwarya Rai and she is mighty upset,... 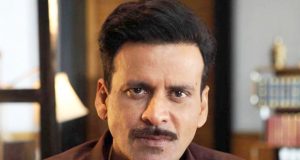