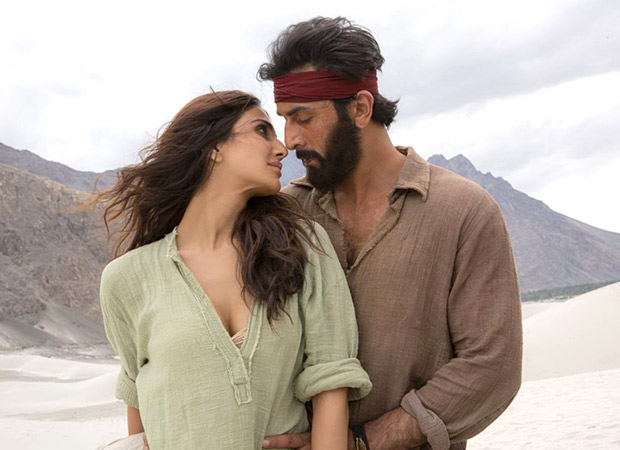 Shamshera is the story of a rebel and his tribe. The Khameran is a warrior tribe that assisted the Rajputs during their battle against the Mughals. After the Rajputs are defeated, the Khamerans leave and try to settle in the city of Kaza. The Kaza residents, however, banish them due to their lower caste status. The Khamerans face a tough time. With no other option, they turn into plunderers and make life hell for the rich residents of Kaza. 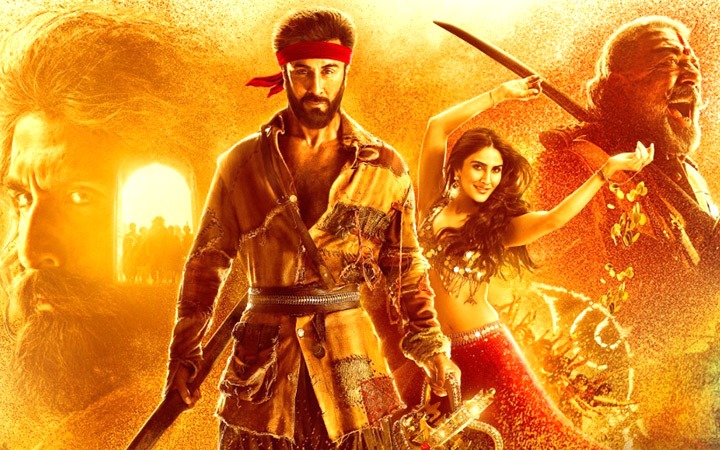 Shamshera makes his displeasure clear to the British and Shuddh Singh. Shuddh Singh then gives him another offer. If the Khamerans are able to produce 5000 grams of gold, they’ll be let off. This time, they make this deal official by signing an agreement. Shamshera finds out that there’s a secret tunnel in the pond which connects to the Azaad river outside. He wants to find the tunnel and escape so that he can arrange for the funds. While escaping, he gets caught. Shamshera had told his wife (Iravati Harshe) before the escape that if he is caught by the authorities, she should disown him. Hence, she announces that Shamshera is a coward who was trying to flee, leaving the Khamerans behind. She does so to spare the lives of her fellow Khamerans. The Khamerans stone Shamshera to death.

Shamshera’s pregnant wife gives birth to Balli. 25 years later. Balli (Ranbir Kapoor) is a carefree, young lad. He has no respect for Shamshera as he has grown up hearing only ill about his father. Shamshera’s trusted aide Pir Baba (Ronit Roy) gives him training which makes him capable of all untoward situations. After Shuddh Singh humiliates Balli, his mother tells him the truth about his father. Balli decides to fulfil his father’s wish. He tries to escape from the Kaza Fort. Unlike his father, he’s successful and he manages to find the secret tunnel through which he escapes and reaches the city of Nagina. What happens next forms the rest of the film.

Neelesh Misra and Khila Bisht’s story is clichéd and outdated. Ekta Pathak Malhotra and Karan Malhotra’s screenplay is very convenient and predictable. On top of that, several developments are difficult to digest. Piyush Mishra’s dialogues are decent but except for ‘karam se dacait, dharam se azaad’, no other dialogue is memorable. A film of this kind should have had more memorable and hard-hitting one-liners.

Karan Malhotra’s direction is below the mark. On the positive side, he has handled the scale and grandeur very well. A few scenes, especially in the first half, work very well and give audiences some sort of paisa vasool experience. But in the second half, the film falls drastically. One can guess from a mile away what’s going to happen next, whether it’s the rebels facing a tough time or Balli stealing the queen’s crown. The sequence where the rebels are struggling is stretched.

The character of Shuddh Singh remains puzzling. It is shocking to see that despite Shuddh Singh shooting Colonel Freddy Young (Craig McGinlay) and showing him the gun, he never gets admonished or punished. Even Sona’s (Vaani Kapoor) character is not well fleshed out. Audiences may be bewildered to see her leave a fine dancing career and turn into a rebel. And to see her get angry at Shamshera when he had just saved her life makes no sense. Lastly, the usage of crows is novel. But how and why are the birds helping and what is their association with the tribe should have been explained. Without the explanation, it seems only laughable.

Shamshera starts well, showing how the Khamerans got trapped and became slaves. Balli’s entry sequence and the song ‘Ji Huzoor’ is entertaining and the same goes for the scene where Balli gifts several items to Sona. The scene where he is given thirty lashes and when he finds out the truth about his father makes for a great watch. His escape sequence is clapworthy and from hereon, one expects the film to get better, especially when he meets fellow Khamerans and starts looting. The intermission point looks rather promising.

In the second half, however, the film falls as it’s predictable and very convenient. The way the rebels decide to disband is not entirely convincing. The highly-awaited one-take shot of the train gets over in no time. It’s not executed as well as expected, as it seems like looting a crown is child’s play. The ending is outdated and seen before numerous times, something that the audiences will be able to predict.

Speaking of performances, Ranbir Kapoor puts his life and soul into playing Shamshera and Balli. The film may disappoint but he won’t for sure as he gives his best shot. Also, his Shamshera look is very dashing. Sanjay Dutt is quite over the top and moreover, he’s let down by the character. Vaani Kapoor looks gorgeous and gives an able performance. Again, her character is not well fleshed out and this affects her performance as well. Ronit Roy is dependable while Iravati Harshe’s presence leaves a huge mark. Saurabh Shukla (Doodh Singh) is fair. Craig McGinlay is okay though his character of a fair British officer was an interesting idea. Saurabh Kumar (Chooha), Chitrak Bandhopadhaya (Raasho), Mahesh Balraj (Upreti), Rudra Soni (Pitamber) and Prakhar Saxena (Bhura) are passable.

Mithoon’s music is a big disappointment. The title track and ‘Ji Huzoor’ work due to the visuals. ‘Fitoor’ is a very boring track and again it’s the execution and scale that makes it bearable. ‘Kaale Naina’ and ‘Hunkara’ are nothing special. ‘Parinda’ comes at a time when the film was becoming too long. Mithoon’s background score is much better. However, the use of the haunting theme in Sanjay Dutt’s scene will induce unintentional laughter

Anay Goswamy’s cinematography is spectacular and captures the locales of Ladakh beautifully. Acropolis, Sumit Basu, Snigdha Basu and Rajnish Hedao’s production design is superior. Franz Spillhau and Parvez Shaikh’s action is a bit disturbing but works for this particular film. Rushi Sharma and Manoshi Nath’s costumes are stylish and authentic. The ones worn by Vaani are quite glamorous. yfx’s VFX is outstanding and at par with global standards. Shivkumar V Panicker’s editing is neat but could have been much crisper.

On the whole, Shamshera falters big time due to an outdated script and predictable plot. At the box office, the film will be rejected and turn out to be a major disaster. 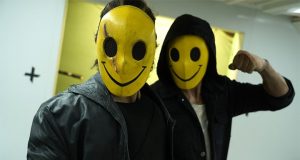