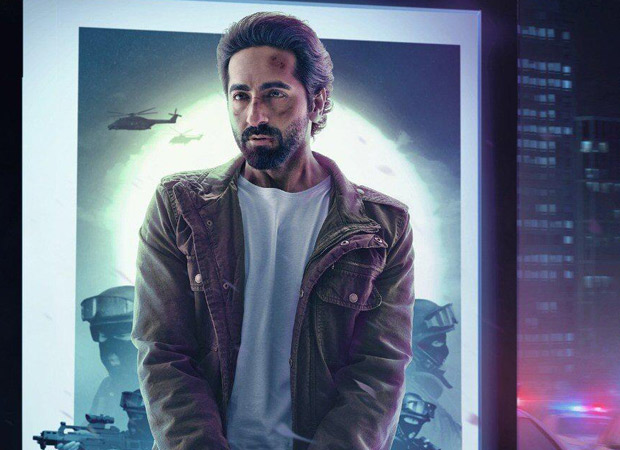 AN ACTION HERO is the story of a film star landing in a soup. Maanav (Ayushmann Khurrana) is a popular Bollywood film star, who’s known for doing action movies. For his upcoming film, he goes to the village of Mandothi, Haryana. Vicky Solanki (Sumit Singh), a local politician, visits the sets to meet Maanav and click a picture with him, hoping that it’ll help him in the upcoming elections. Maanav, however, makes him wait. Later, Maanav is all set to meet him when his manager Roshan (Harsh Chhaya) informs him that the Mustang car that he has been waiting to buy for a long time has finally arrived. Maanav gets so excited that he forgets about Vicky and goes for a ride in his new car. An angry Vicky chases him in his SUV. On a desolate street, Vicky confronts Maanav and attacks the latter. Maanav pushes him away due to which Vicky’s head hits a stone. Vicky dies instantly. Maanav runs away, not realizing that the side mirror, broken by Vicky, has been left on the street. It doesn’t take long for the cops and local reporters to realize that the side mirror belongs to Maanav’s car. Meanwhile, Maanav immediately checks out of the hotel and reaches Mumbai. At Mumbai airport, he learns that a flight to London is about to leave in sometime. He buys a ticket and flies to the UK. On the other hand, in Mandothi, Vicky’s elder brother Bhoora Solanki (Jaideep Ahlawat), a dreaded politician cum goon, is seething with rage. He wants to kill Maanav as he believes that he murdered his brother. He, too, flies to the United Kingdom. What happens next forms the rest of the film. 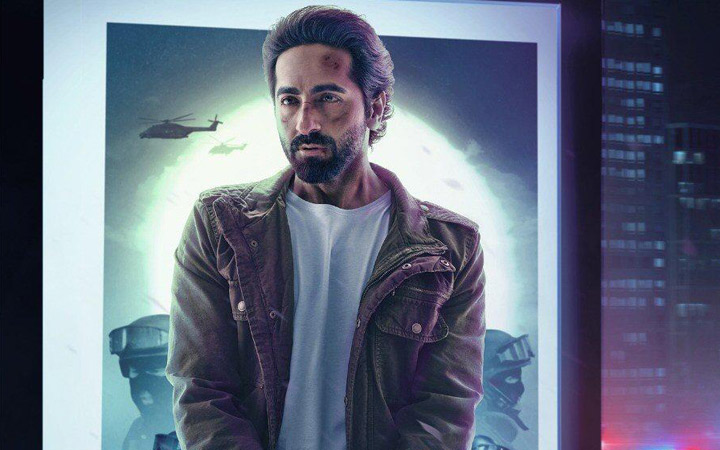 Anirudh Iyer’s story is interesting, and topical, and boasts of a nice twist. Neeraj Yadav’s screenplay is simple and peppered with some entertaining moments. But the writing drops at places and could have been tighter. Neeraj Yadav’s dialogues are funny and wicked.

Anirudh Iyer’s direction is first-rate and quite good for a debut. For a film titled AN ACTION HERO, he has added enough action and heroic moments. He has also made an important comment on clickbait journalism, how the public can easily be misguided about the workings of the industry etc. But what works the most is the face-off between Maanav and Bhoora. The twist in the tale is also unexpected.

On the flipside, the film gets repetitive after a point, more so in the second half. Viewers might get tired of seeing Maanav being attacked by Bhoora and the former running around to save his life. Ideally, this 2 hours and 12 minutes long film should have been shorter by 15-20 minutes. Also, the track of Sai (Neeraj Madhav) fails to entice. Lastly, though the end twist is funny, one might be able to predict it from a mile away.

Ayushmann Khurrana delivers a stupendous performance. What’s praiseworthy is that he doesn’t have an action image, but in this film, he looks totally convincing as an ‘action hero’. Jaideep Ahlawat is terrific yet again. He slips into his part effortlessly. Sumit Singh is apt for the part and leaves a mark. The same goes for Jitendra Hooda (Haryana cop). Harsh Chhaya is dependable. Neeraj Madhav is fine but is let down by the character. Gautam Joglekar (Masood Abraham Katkar) is quite good. Vaqar Sheikh (Kaadar), Siddharth Amar (Vishwas Patel; attorney), Sagar Arya (Mohan Sachdev; UK cop) and Jitendra Rai (Saurabh Prakash; UK cop) are okay. Akshay Kumar is hilarious in the cameo. Malaika Arora is sizzling hot while Nora Fatehi also adds to the glamour quotient.

Neeraj Yadav’s cinematography is lovely and the film has been shot in never-before-seen locales of the United Kingdom, especially The Isle of Wight. Ravi Srivastava’s production design is appropriate. Ankita Jha’s costumes are appealing. Ian Van Temperly and Stunt Silva’s action is a highpoint and is not gory or disturbing. Ninad Khanolkar’s editing could have been tighter.

On the whole, AN ACTION HERO works due to Ayushmann Khurrana’s action-oriented role for the first time ever and Jaideep Ahlawat’s terrific screen presence. The twist in the last 30 minutes also adds to the fun.

How long does it take to recover from acute bronchitis?

CHHATRIWALI is a decent entertainer and makes an important social comment 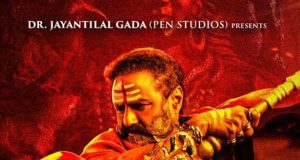