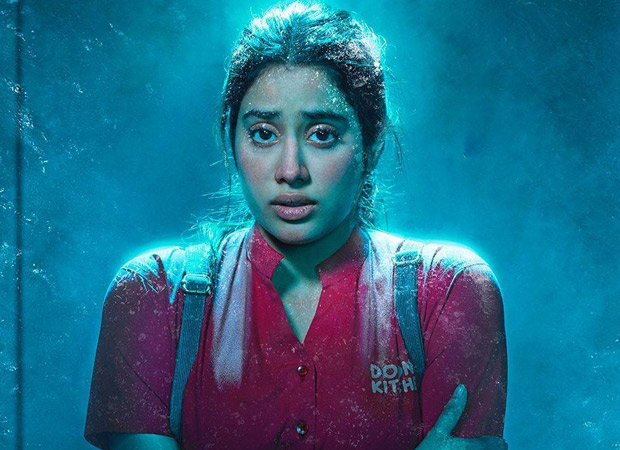 Mili is the story of survival. Mili Naudiyal (Janhvi Kapoor) resides in Dehradun with her father (Manoj Pahwa). She is a nurse by degree and wants to fly to Canada for better job prospects and salary. She is taking IELTS classes and working in a fast-food outlet called Doon’s Kitchen in a mall. Mili is in a relationship with Sameer (Sunny Kaushal), a good-for-nothing guy who is finding excuses to not take up a job. She pushes him to apply and get employed. She decides to introduce Sameer to her father once he lands a job. One day, Sameer lands a job opportunity in Delhi. He has to leave the next day. He calls Mili and gives her the good news. Mili is overjoyed and asks him to pick her up from her workplace. Sameer is drunk and nevertheless, he picks up Mili. On the way, he gets nabbed by the cops for drunk riding and both are taken to the police station. Mili’s father is summoned and he is humiliated by Inspector Satish Rawat (Anuraag Arora) for letting her daughter roam around with an irresponsible guy. Mili’s father is upset with her behavior and he stops talking to her. Mili, meanwhile, is upset with Sameer and refuses to take his calls. The next day, she goes to work but is apprehensive about returning home. She stays in Doon’s Kitchen even after her working hours. She finally decides to leave at around midnight. This is when her two colleagues request her to put some food items in the freezer room. She agrees. While she is storing the food, her manager (Vikram Kochhar), who is unaware that she is inside, locks the freezer and leaves. A terrified Mili knocks and shouts for help, but it falls on deaf ears. Worse of all, she left her mobile phone outside the freezer. Hence, she has no way to call for help. What happens next forms the rest of the film. 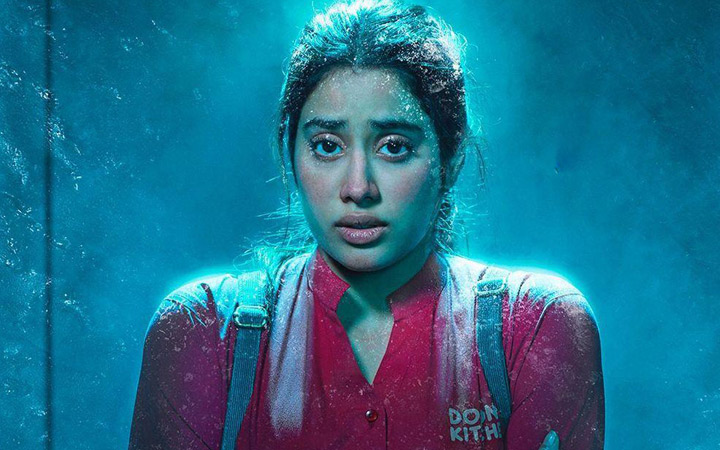 MILI is an official remake of the Malayalam film HELEN [2019; written by Alfred Kurian Joseph, Noble Babu Thomas and Mathukutty Xavier]. The story is unusual and promising. Ritesh Shah’s adapted screenplay is uncomplicated and riddled with some very entertaining and captivating moments. However, the build-up and introduction of the characters and their dynamics with each other take up too much time. Ritesh Shah’s dialogues are situational and normal.

Mathukutty Xavier’s direction is quite simple and effective. The second half is devoted to Mili being stuck in the freezing room. How he manages to grip the audience in these scenes and how he intersperses it with what’s happening outside are praiseworthy. Secondly, the treatment is very mainstream, and the intent is to appeal to a larger audience.

On the flipside, the first half is slow, and too much time is taken before the director arrives at the principal track of the protagonist being stuck in the freezer. At some places in the second half as well, one can feel that the film is dragging.

MILI starts on a fine note and depicting the ant being stuck in the refrigerator is a great idea. Sameer’s introduction is bizarre (notice more than half of the moviegoers are watching a 3D film without wearing 3D glasses!) and his track starts a bit too suddenly. Two scenes that stand out in the first half are Mili admonishing her father for smoking and the drama at the police station. The intermission point is ‘chilling’ (pun intended). Post interval, the film goes on another level as Mili attempts to survive the sub-zero temperatures while her father and Sameer put their differences aside and tide over the challenges to find her. The finale is lovely.

Janhvi Kapoor delivers yet another bravura performance. She hardly has any dialogue in the second half but watch out for how she pulls off the difficult act. Even in the first half, she is impressive. Sunny Kaushal is likeable and shines in the second half. Manoj Pahwa has a very important part and rocks the show. Anuraag Arora also does well and suits the part. Vikram Kochhar is hilarious. Sanjay Suri (Inspector Ravi Prasad) is superb in a cameo. Rajesh Jais (Mohan Chacha), Hasleen (Hasleen Kaur), junior inspector Satish Singh and the security guard are fair. Seema Pahwa (Devki Negi) is wasted and disappears after her lone scene in the beginning. Jackie Shroff has a massy special appearance although the character’s motive is unconvincing.

A R Rahman’s music is poor. Not a single song stands out. However, his background score is terrific and adds to the chilling effect. Sunil Karthikeyan’s cinematography is neat. Apurwa Sondhi’s production design is of a fine standard. Gayatri Thadani’s costumes are straight out of life. Lorven Studio’s VFX is decent. Monisha R Baldava’s editing is great and some scenes are smartly cut. But a few scenes could have been shorter.

On the whole, MILI is a gripping thriller and is aided by a very fine performance by Janhvi Kapoor. At the box office, it will open on a slow note due to limited buzz and awareness, however, it has the potential to attract moviegoers due to positive word of mouth.

How to Give Her an Orgasm In 15 Minutes 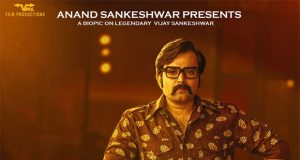